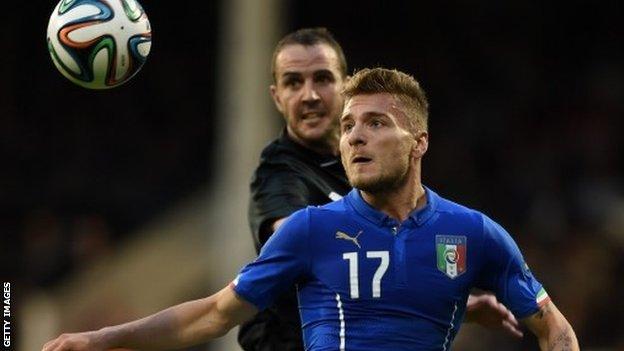 The 24-year-old, who was Serie A's top scorer this season with 22 goals, will move on a five-year contract on 1 July for an undisclosed fee, reported to be £15.5m.

Dortmund also had to negotiate with Juventus, who owned 50% of Immobile.

"With Ciro Immobile we are getting a versatile and dynamic striker who has established himself in a top European league in an impressive manner," said sporting director Michael Zorc.

"His outstanding qualities fit perfectly with the profile required by Borussia Dortmund."