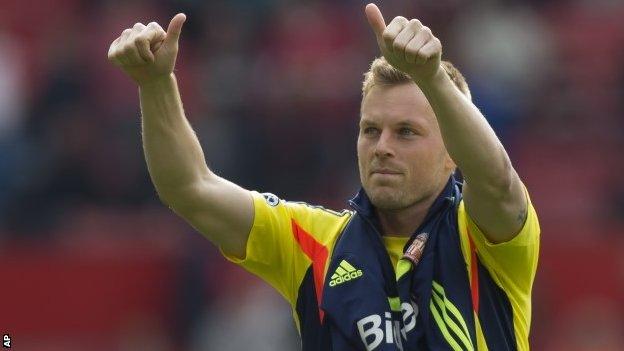 Sunderland midfielder Sebastian Larsson has signed a contract extension with the club until 2017.

The 28-year-old, who moved to Wearside from Birmingham in 2011, made 41 appearances for Sunderland this season.

"I feel that this is a club moving in the right direction and I want to be part of it," said the Sweden international.

"I had a few options but I want to be at Sunderland and I'm looking forward to the new season."

Larsson helped the club avoid relegation in May as manager Gus Poyet's side won four of their last five games to secure their top-flight survival.

During that run, Larsson scored the winner in a 1-0 win against Manchester United at Old Trafford.