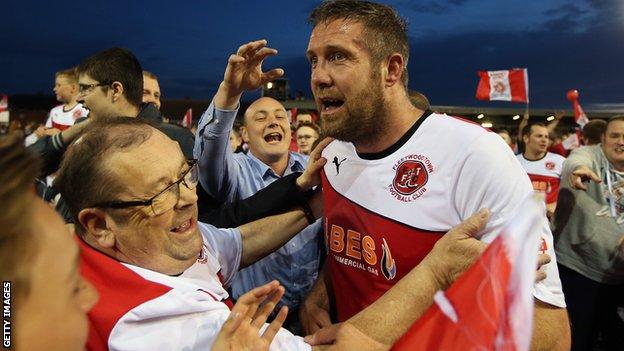 The pair, both 32, featured in the club's Wembley victory over Burton.

Parkin spent two seasons with the Cod Army, scoring 22 goals in 64 outings, while Goodall won two promotions during his three years at Highbury.

Fleetwood are discussing contracts with several other players as they prepare for their first year in League One.

Manager Graham Alexander has already made one new signing ahead of next season, with defender Danny Andrew joining for an undisclosed fee from Conference Premier club Macclesfield.