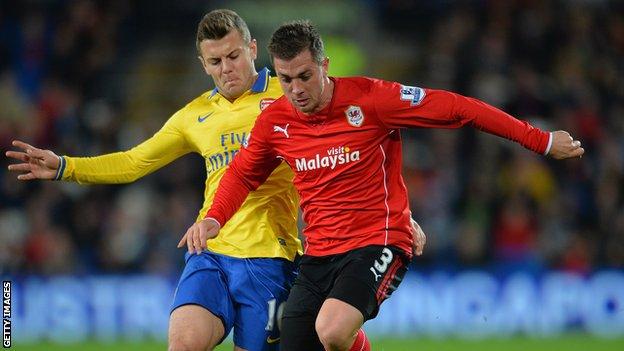 The 27-year-old, who played more than 100 games for the Bluebirds, has signed a three-year contract at Wigan.

Taylor was part of the Cardiff side that won the Championship title in 2012-13 and appeared 18 times in the Premier League last season.

"I spoke to the manager [Uwe Rosler] for about 30 minutes and, after I'd put the phone down, I was immediately on to my agent to say that's the club for me."

Rosler added: "I'm very, very happy to get a player of Andrew's stature and experience to our football club.

"He is a very experienced and reliable player who is at the best stage of his career and I'm looking forward to working with him.

"I think that will do us very well as a team in next season's campaign, especially when we're bringing in younger players who need experienced players on the side to develop in the best way."

Wigan narrowly missed out on an immediate return to the Premier League following their relegation in 2013, losing their play-off semi-final to QPR.

Cardiff's stay in the top flight lasted just one season as they finished bottom of the table, six points from safety.