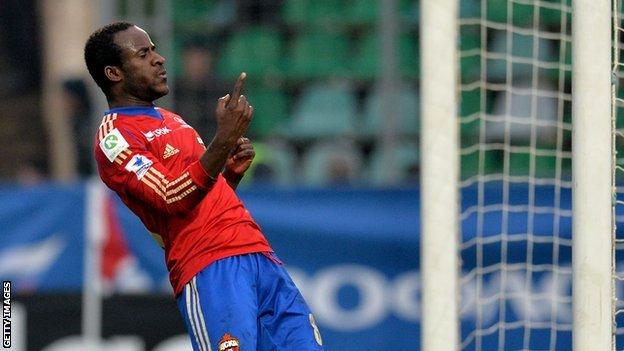 Ivory Coast striker Seydou Doumbia has called time on his international career at the age of 26 after failing to make the World Cup squad.

Doumbia was one of five players to be cut from coach Sabri Lamouchi's provisional 28-man selection on Sunday.

The decision to drop the CSKA Moscow forward, who scored 20 goals last season, has been met with surprise.

Doumbia played once at the 2010 World Cup in South Africa and scored in the 3-0 victory over North Korea.

He was also part of the Elephants squad for the 2012 Africa Cup of Nations but missed out on the tournament in South Africa last year.

Since his Ivory Coast debut in 2008, Doumbia has made 20 appearances and scored twice.

Ivory Coast have been drawn in Group C in Brazil and will face Colombia, Greece and Japan.