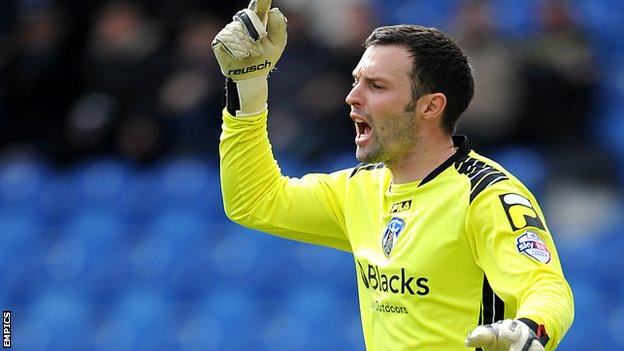 Experienced goalkeeper Paul Rachubka has agreed a new one-year contract with League One side Oldham Athletic.

The Latics initially signed Rachubka on a short-term deal in September and that was later extended until the end of the 2013-14 season.

The 33-year-old, who began his career at Manchester United, appeared 13 times in all competitions last term.

He kept five clean sheets as Lee Johnson's Latics remained unbeaten in their final 10 games of the campaign.