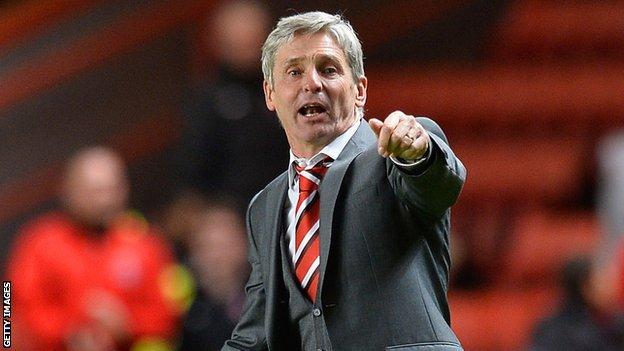 Jose Riga has verbally agreed a deal to be the new manager of Blackpool, according to chairman Karl Oyston.

Riga, 56, left Charlton at the end of the season after helping the Addicks avoid relegation from the Championship.

Oyston told BBC Radio Lancashire: "It has been agreed verbally but things can go horribly wrong.

"I am coming back from the chairman's conference in Portugal on Sunday and meeting Jose. We will get everything signed up."

Riga is set to replace caretaker player-boss Barry Ferguson, who left the club earlier this month.

"We will begin work pretty much straight away on getting a few more players in, so we are not favourites for relegation," continued Oyston.