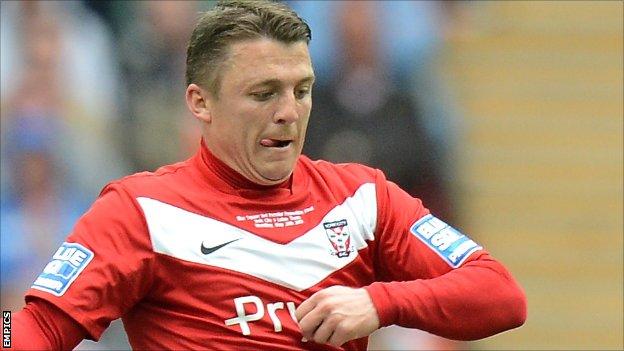 The 29-year-old started his career at Everton and has had spells with Bristol City, Cheltenham, Port Vale, Morecambe, Fleetwood, York City, Macclesfield and Chester.

He spent last season with the Sandgrounders, playing 44 league games.

Brown is the first new player to commit to the Mariners, who finished fourth in 2013-14, ahead of next season.