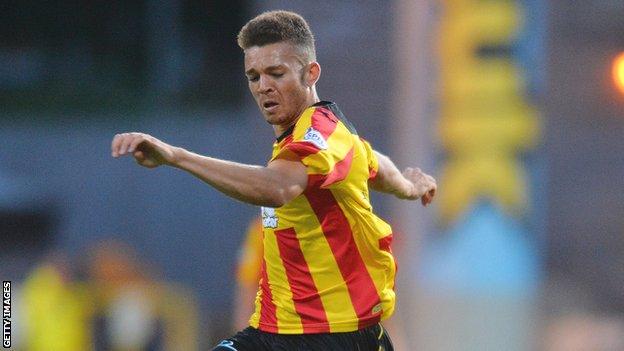 The 23-year-old, who was out of contract with the Scottish Premier League club, has agreed a three-year deal with the Championship club.

"Aaron fits exactly with the type of player we are looking for - young, hungry, dynamic and ready to fit into our culture," said manager Uwe Rosler.

When the opportunity to come to Wigan came up, I was very interested - I feel this is the next step in my career

"He has been a key player for Partick Thistle for a couple of seasons now and he has been on our radar for some time.

"We will give him the time he needs to become integrated but he has the potential to develop into the sort of player who can take the club forwards," Rosler told the club website.

The Aberdeen-born defender had been linked with a number of clubs, including Celtic and Aberdeen, but has chosen to move south to England and Partick will not be entitled to any compensation as he is over the age of 23.

Taylor-Sinclair, who spent three years with Thistle after joining them from Montrose in 2011, said: "I can't thank everyone at Partick enough for the help and support they've given me.

"I'm leaving some great friends behind and a superb set of supporters that I'll never forget.

"But, when the opportunity to come to Wigan came up, I was very interested - I feel this is the next step in my career."