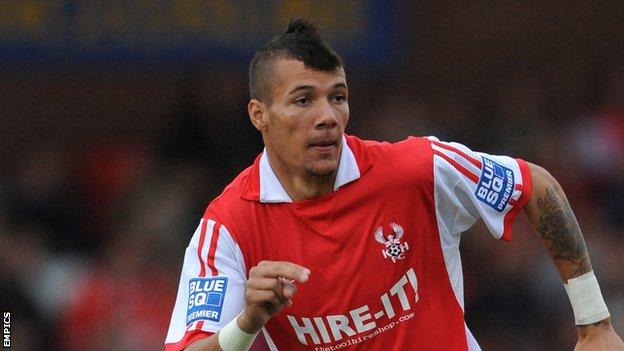 Johnson, 23, signed from Birmingham side Romulus in February 2012, played 42 times in his first full season at Aggborough in 2012-13, catching the eye of Football League clubs.

His form suffered this season, perhaps not helped by events off the field as Harriers twice changed manager.

He ended the season out on loan with Conference North side Hednesford Town.

Johnson has netted eight times in 76 Conference Premier appearances for Harriers, almost half of which have come from the bench.

"When I first signed here we just missed out on the play-offs," said Johnson. "The lads were gutted about that and we came back the next season even stronger.

"We've been through times when we've been let down and missed out. We know what that's all about, but we know now what we have to do."

But they have lost both first-choice full-backs to League Two clubs, Lee Vaughan's move to Cheltenham Town having been followed on Tuesday by Mickey Demetriou's departure to Shrewsbury Town.

Of his seven out-of-contract players who were offered new deals, Whild is now waiting on decisions from midfielder Aman Verma and striker Amari Morgan-Smith.