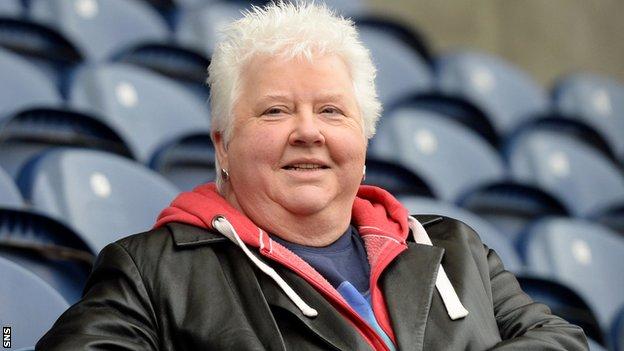 Raith Rovers will be sponsored by crime fiction writer and lifelong fan Val McDermid next season.

The author already has a stand at Rovers' Stark's Park named in her honour.

She told the club's website: "The benefit has never been clearer than in this coming season.

"With the arrival of Rangers, Hibernian and Hearts in the Championship, there will be many more visitors to Stark's Park."

McDermid's works include the Lindsay Gordon series, which started in the 1980s, and the Kate Brannigan series of the '90s.

Her Tony Hill and Carol Jordan series continued last year and the 59-year-old from Kirkcaldy in Fife has also written in the children's and non-fiction genres.

Rovers' commercial director Tom Morgan was "delighted to welcome Val on board".

He added: "She has been a great supporter of the club and when she was approached about the sponsorship, she knew it was a win-win situation for herself and the club.

"It is an honour for a provincial club like Raith Rovers to be involved with a world-famous author."