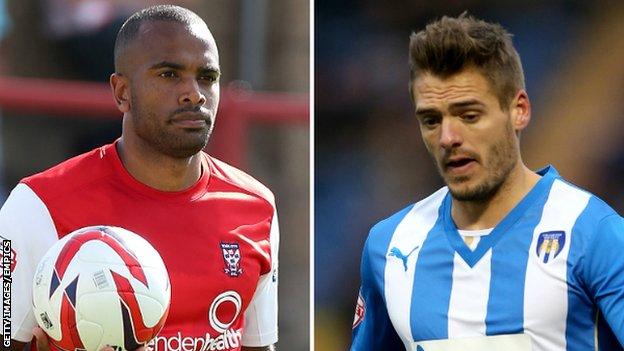 League One side Crawley Town have agreed deals to sign defenders Ryan Dickson and Lanre Oyebanjo.

Left-back Dickson, 27, spent the 2013-14 campaign with Colchester and made 35 appearances for the Essex club.

Right-back Oyebanjo, 24, made over 100 appearances in a three-year spell at Bootham Crescent.

Both Dickson and Oyebanjo turned down new deals at their respective clubs to join the Reds and have signed two-year contracts with Crawley.

"Several clubs at our level were keen to sign Ryan but he's excited about what we are trying to build at Crawley," Gregory told the club website.

"I'm delighted to have Lanre here because he's a player I have been keen to sign for a number of months now."