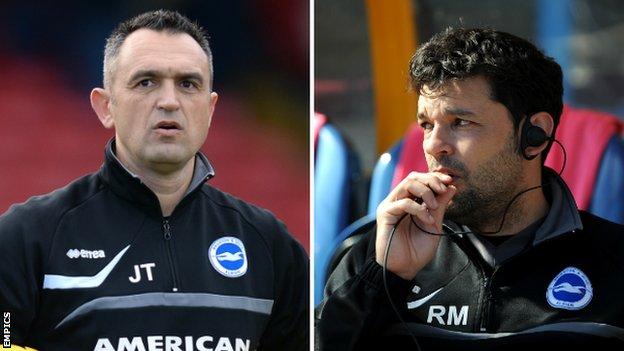 Brighton & Hove Albion have confirmed that Juan Torrijo and Ruben Martinez have left the club's backroom staff by mutual consent.

He resigned as Brighton boss last month following their defeat by Derby County in the Championship play-offs.

The Spaniard has subsequently re-joined Israeli side Maccabi Tel Aviv.

The departures of Torrijo and Martinez leaves assistant coach Nathan Jones as the only member of Garcia's staff still at the Sussex club.

Brighton have met with several candidates for their managerial post, with ex-Liverpool defender Sami Hyypia among those interviewed.

The 40-year-old former Finland international is without a club after being sacked by German Bundesliga side Bayer Leverkusen in April.