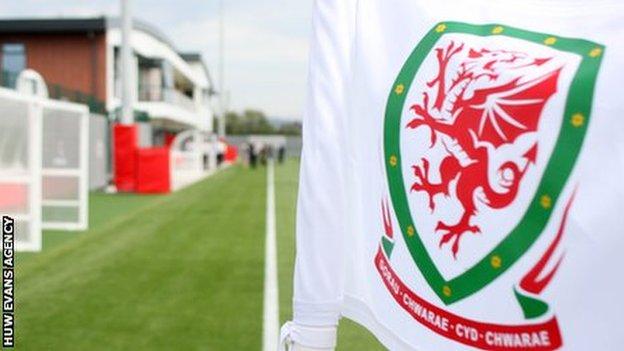 The Football Association of Wales and the Welsh Premier League are to contact a gaming anti-corruption organisation after allegations of match-fixing.

A report by Federbet presented to the European Parliament on Tuesday, alleged Bala Town's 7-0 win over Gap Connah's Quay and Port Talbot Town's 1-1 draw with Carmarthen Town were fixed.

The four clubs have strongly rebutted the claims about the December matches.

The FAW and WPL said both games had been spot-checked by monitors.

A statement added: "The FAW has not received any communication or information from Federbet in relation to the matches detailed in their report.

"Every Welsh Premier League match is monitored by our integrity partners, who will immediately inform the FAW of any suspicions of match-fixing, should the occasion arise.

"Throughout the 2013/2014 season, the FAW requested several spot-checks on matches in Wales, which incidentally included the matches detailed above. The report received from the FAW's integrity partners, earlier in the season, suggested that no manipulation occurred in these matches.

"The FAW also has a good working relationship with the Sports Betting Intelligence Unit at the Gambling Commission, who have not received any information from betting operators in relation to the matches detailed in the Federbet report.

"The FAW and Welsh Premier League will be contacting Federbet to request any information that they are able to supply and will seek clarification with regards to their methodology in identifying the matches detailed above."

Brussels-based Federbet had told a media conference at the European parliament there were 110 matches it believed to be fixed in 2013-2014 in Europe, while there were suspicions about a further 350.

The matches in Britain included the two games in the League of Wales and 10 at non-league level in England with a further Women's Premier League game.

"Every day all around the world there is an attempt at match-fixing. And this virus is getting bigger and bigger," Federbet general secretary Francesco Baranca told the media conference.

Bala said the club was "absolutely astounded" by the allegation.

A club statement said: "There has been no contact from Federbet with any official at Bala Town FC regarding this allegation. We as a club have a zero tolerance policy with regard to any form of betting by players or officials.

"We would welcome any information from Federbet that justifies such an allegation and would react immediately to any evidential information that might be provided."

Carmarthen Town said: "It was with absolute amazement that we read the claims that a match involving Port Talbot Town and Carmarthen was subject to a match fixing investigation. We deny all knowledge of any allegations and welcome any further information that justifies such a claim.

"We as a club have a zero tolerance policy with regard to any form of betting by players or officials. We would welcome any information from Federbet that justifies such an allegation."

Port Talbot Town chief executive Andrew Edwards said: "At Port Talbot we pride ourselves on our integrity. Any suggestion of match-fixing is extremely serious and potentially very damaging, and as a football club we treat it with the utmost severity.

"We have absolutely nothing to hide and welcome any investigation, which the club would fully assist."

And Gap Connah's Quay said: "We read with absolute amazement the claims that a match involving Gap Connah's Quay Nomads and Bala Town was subject to a match-fixing investigation. We deny all knowledge of any allegations and welcome any further information that justifies such a claim."

Federbet's website says the organisation provides "our assistance and expertise in areas such as prevention of match fixing, money laundering, underage gambling".