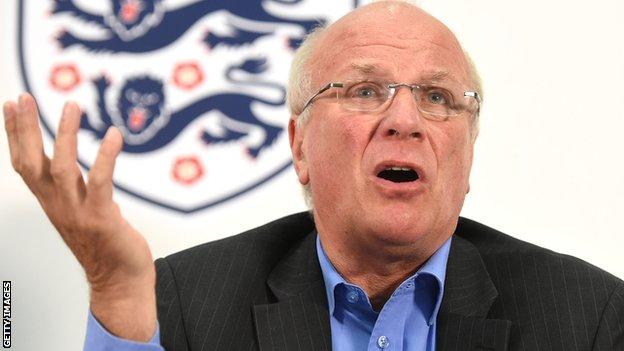 Football League clubs are expected to reject Greg Dyke's controversial proposal for a B-team league at their summer summit in Portugal on Thursday.

The Football Association chairman wants a new division created between the Conference and League Two to accommodate Premier League B teams.

It is part of the FA's plan to improve the quality of English players.

But Bradford City chairman Mark Lawn said the league's 72 clubs were in "consensus" that it would not work.

The proposal is the main recommendation from Dyke's England Commission, which was set up to investigate the decreasing number of England-qualified players in the top flight.

"Nobody understands how playing at Conference or League One level can help any player make it to play for England," Lawn said.

"The loan system as it is now works better - look at Tom Cleverley.

"He started at Bradford, went to Manchester United when he was 12, went out on loan to Leicester, Watford and Wigan then went back to United and ended up playing for England.

"If they are going to end up playing for England they need to be playing at least at Championship level."

"We think the loan system can provide young players with terrific experience, as happened with Michael Keane who came to us from Manchester United last season," Shaw said.

Football League officials are due to present an alternative proposal that would see some Premier League B teams play in an expanded Johnstone's Paint Trophy, which would include a group stage.