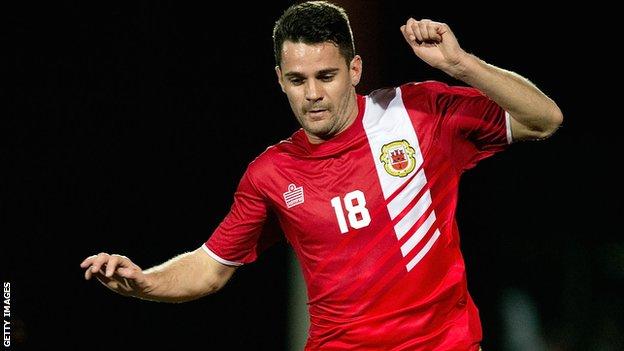 European football's newest member Gibraltar recorded their first ever victory with a 1-0 win against Malta.

The British Overseas Territory off the south coast of Spain, with a population of just under 30,000, was accepted by European governing body Uefa last year.

They face Scotland in European Championship qualifying in October.

A Kyle Casciaro goal in the 66th minute gave Gibraltar victory, after draws with Slovakia and Estonia and defeats against the Faroe Islands and Estonia.