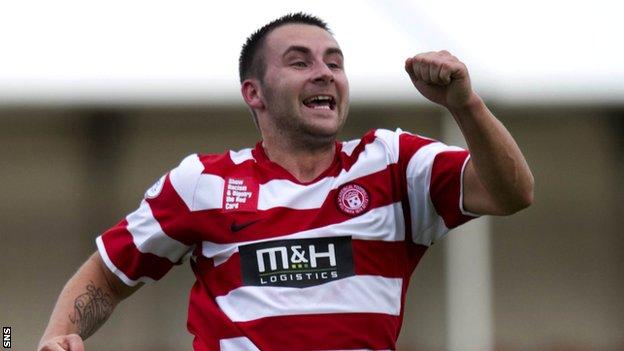 James Keatings has turned down an offer to remain with Hamilton Academical despite the chance to play in the Scottish Premiership next season.

The club confirmed: "Striker James Keatings has indicated he is moving on and goes with our thanks and good wishes."

Keatings signed for a year last summer after being released by Celtic.

The 22-year-old scored 15 goals in 35 appearances as Alex Neil's side finished Championship runners-up.

They subsequently won promotion to the top flight after winning a play-off against Hibernian, who finished second bottom of the Premiership.

Keatings, who also spent time on loan to St Johnstone, was initially farmed out to Accies by Celtic in August 2012.

Two goals in 10 appearances on loan led to a permanent switch to New Douglas Park.