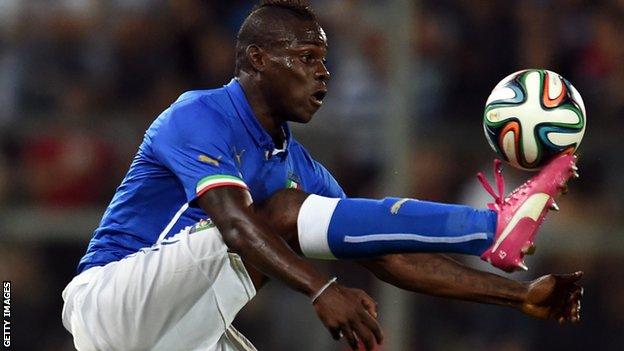 Italy coach Cesare Prandelli is not worried by his side's poor form going into the 2014 World Cup in Brazil.

Prandelli's team face England in their first game on 14 June, but have not won in seven matches and only drew 1-1 with minnows Luxembourg on Wednesday.

"Right now we don't need to be talking about results, or even the performance," said the 56-year-old.

"You need to look at the physical condition of the players, and we are in great condition."

Four-time champions Italy qualified for the World Cup with two matches to spare, but have not won a match since, with their last victory coming in September 2013.

Since then they have drawn with Denmark, Armenia, Germany, Nigeria, Republic of Ireland and Luxembourg and lost 1-0 to world champions Spain.

Italy are also in the same World Cup group as Uruguay and Costa Rica and Prandelli believes his side will perform in South America.

"We're missing a bit of flair, but the point of this preparation is to arrive in Brazil in the right manner," he added.

"I didn't see anything worrying, quite the opposite. Psychologically a player going to the World Cup just wants to get through the match.

"We didn't put in tackles and we didn't go in with huge determination or will to win."