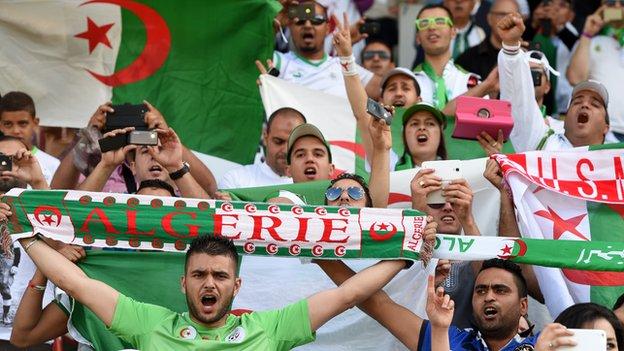 Ivory Coast have been the top ranked side on the continent since June 2011.

The Desert Foxes climbed three places globally to number 22 while the Ivorians dropped two spots to 23.

The move comes a week ahead of the 2014 World Cup and on the back of just one loss for Algeria in their last 13 matches.

The biggest movers on the continent were Guinea Bissau who leaped 50 places globally up to number 134.

There was also a big move for Madagascar from 189 to 144 overall.

The top two in the world remain Spain and Germany with World Cup hosts Brazil moving into third sport ahead of Portugal.