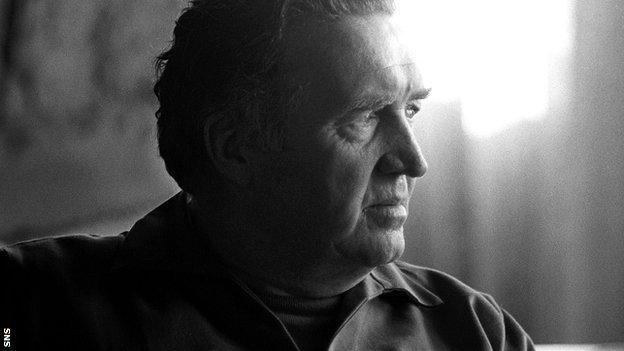 Former Scotland and Celtic manger Jock Stein is to be remembered in a new documentary charting his journey from coalmining to football stardom.

Stein was the first British manager to win the European Cup with Celtic in 1967 and later took Scotland took the 1982 World Cup.

Born in South Lanarkshire in 1922, John 'Jock' Stein moved from mining into professional football with spells at Albion Rovers, Llanelli Town and Celtic, with the defender retiring from playing in 1957.

Dunfermline Athletic were the first club he managed and, after four years at East End Park and a brief spell in charge of Hibernian, he returned to Celtic in 1965.

He had already enjoyed trophy success by winning the Scottish Cup with the Pars, but it was at Celtic Park where Stein really made his mark with 10 Scottish top-flight titles, 14 domestic cups and the European Cup final defeat of Internazionale in Lisbon.

Though he initially moved to Leeds United after leaving Celtic, it was not long before he was back managing in Scotland with the national team.

On the night of a crucial qualifier in Wales in which the Scots secured qualification to the 1986 World Cup, Stein suffered a heart attack and died at Ninian Park.

Broadcaster and friend Archie Macpherson recalls: "In terms of the way the Scottish press looked at him, he was unbeatable.

"I went to [a] dinner and Don Revie's son approached just after we'd been served our main course. He said, 'My dad has been on the phone. He said Jock is dead'.

"They stopped the dinner and asked me to say something. It just snaps back, how bad it was, and I stood up and struggled my way through an appreciation of him.

"I went out onto the streets and I met a Scottish supporter who said, 'I wish we were out of the World Cup and have Big Jock back'. I think that summed it up."