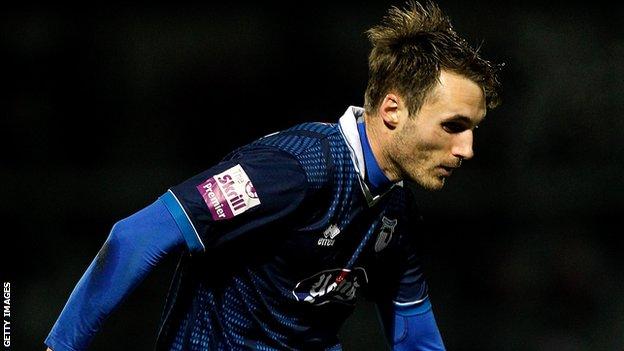 Much-travelled winger Alex Rodman has been offered a contract by Hibernian after deciding to leave Grimsby Town, BBC Sport understands.

But the 27-year-old is believed to have offers from other clubs as the Englishman considers his future.

Rodman made 41 appearances during his first season with the Mariners.

He decided not to take up the option of a year-long extension with the English Conference outfit after they missed out on promotion.

Like Grimsby, Hibs suffered play-off heartache by being relegated after a defeat by Scottish Championship outfit Hamilton Academical and manager Terry Butcher is looking to rebuild his squad.

Rodman was a schoolboy with Aston Villa and Wolves before a senior career with Leamington and a series of English non-league outfits.

Rodman has played at international level for England's indoor futsal side and the semi-professional England C select.