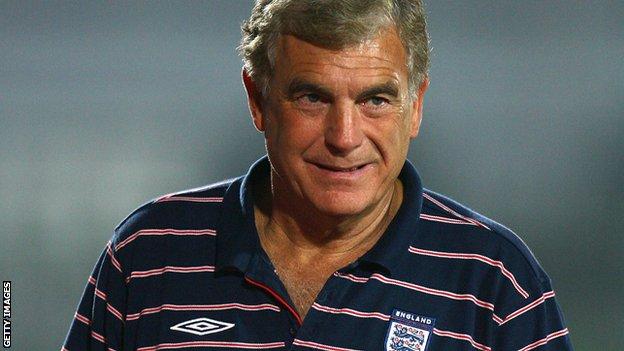 Sir Trevor Brooking is to retire from his role as the Football Association's director of football development following the 2014 World Cup in Brazil.

Ex-England international Brooking, 65, will leave his position on 31 August after more than 10 years in the job.

He was heavily involved in the planning and development of St George's Park, England's national football centre.

"I feel extremely positive about the future of football development," said Brooking.

"Under the leadership and guidance of Dan Ashworth and Gareth Southgate, we have now put in place a strong, credible, elite structure to support the professional game."

Brooking, who played more than 600 games for West Ham, won 47 caps for England and was part of the selection panel who appointed Roy Hodgson as manager after Fabio Capello resigned in 2012.

"Trevor is a football man and has been a great friend to me both before and during my time as England manager," said Hodgson.

"He was a fine footballer, one that any England team would be grateful of, and he has proven to be equally adept in his role at the FA.

"I hope he has a happy and healthy retirement and I know that is a sentiment echoed by the entire England staff and squad."

"It now has over 160 full-time coaches working to teach children the benefits of playing football for fun, while being taught skills that will keep them enjoying the game for many years to come.

"We've been lucky to have benefited from his vast experience and the FA has undoubtedly gained from this."