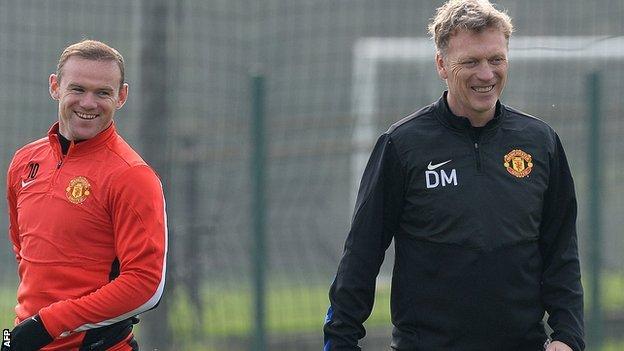 Former Manchester United manager David Moyes is targeting a return to management - with a club competing in the Champions League.

The 51-year-old ex-Everton boss was dismissed after 10 months at Old Trafford and revealed he has already turned down two offers.

"I got my first real taste of the Champions League this year," Moyes told the Guardian.

"I thought I showed I can manage at that level as well."

The Scot spent 11 years at Goodison Park, having started his coaching career in the Football League with Preston North End.

But Moyes would consider offers from abroad.

"I'll use United as an important experience in my managerial career. I feel I needed more time but I'll use it to benefit me and help me in the coming jobs," Moyes said.

"I've had a couple of opportunities to go back in and chosen not to.

"It could be at home or abroad. I've always liked the thought of broadening my horizons and learning a bit more."

Moyes is currently on holiday in the United States and watched England's match against Ecuador in Miami on Wednesday.

He believes Wayne Rooney must be central to England's plans at the World Cup in Brazil - and revealed the Manchester United striker has been in contact since his sacking.

"I've spoken to Wayne a few times since I left and he has been very supportive," said Moyes, who also managed Rooney at Everton. "Wayne was terrific for me.

"When I look at England I think he has to play. He has the ability to score. He has the mental strength to handle the games.

"In those games you look to your big players and Wayne will be a big player for England."