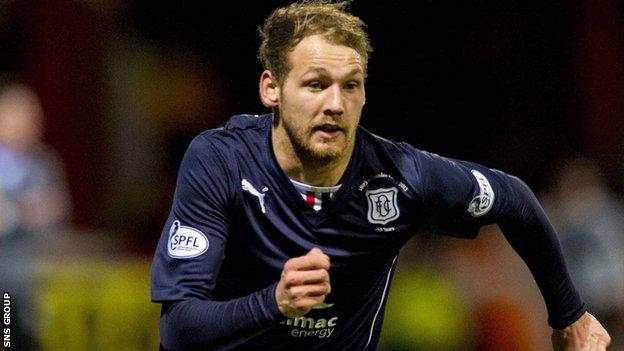 The 21-year-old forward moved to Dens Park from Montrose in the summer of 2012 and scored four goals last season.

"He has shown promise wherever he has been in the last few years and played his part in the Championship-winning side," said manager Paul Hartley.

"I look forward to working with him as I believe he can make the step up if he continues to work hard and apply himself to his profession."

Boyle made his Montrose debut as a 16-year-old and scored 22 goals in his final campaign at Links Park.

"He will never have a better chance to prove himself as a top player," added Hartley on the club's website.