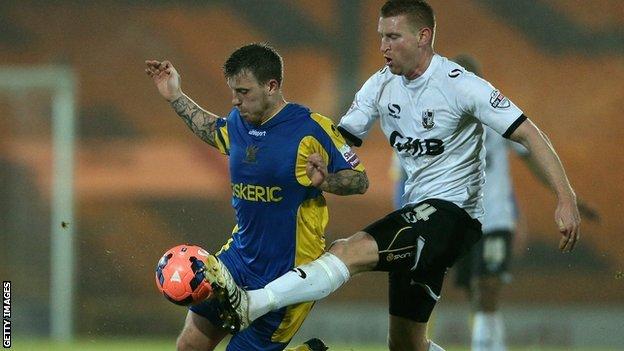 Striker Jamie White has signed for Bristol Rovers on a free transfer after terminating his contract at Salisbury.

White becomes the first summer signing for Rovers following their relegation from the Football League.

The 24-year-old will link up again with Pirates boss Darrell Clarke, who signed the forward during his time in charge at Salisbury.

"I have worked with Jamie before and he is a great signing for the club," Clarke told the club website.

"He is a goalscorer who averages one goal every two games, and he has the potential to be a 20-goal-a-season man.

"He is proven at this level and has the potential to further his career with us. I look forward to working with him."

White came through the Southampton academy and, after a loan spell with Shrewsbury Town in 2008, moved to non-league Eastleigh.

He moved to play in Australia before returning to England's non-league with Winchester before joining Salisbury in 2012, where he scored 37 goals in 73 games.