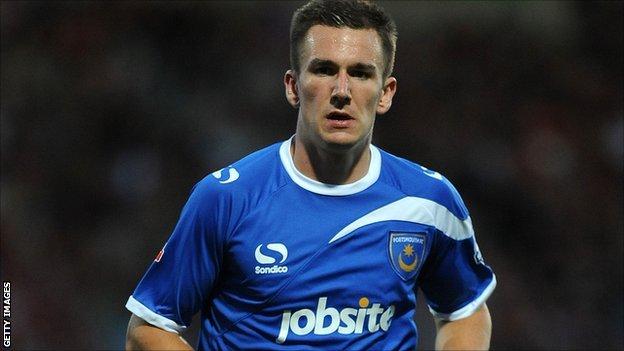 The highly-rated 20-year-old was out of contract with Pompey this summer, but the club have convinced him to sign a new deal.

Wallace played 48 times last season, scoring seven goals and has also featured for the England Under-19 side.

"It's a big relief and it's been a long time coming," Wallace told BBC Radio Solent.

"The manager made it clear he wanted me to stay and I'm already looking forward to next season.

"People know there was speculation but I'm here and I want to be here and I feel top of the world. I've worked with the manager before and it does not need me to say that there is a change around the city and the club."

He has netted 13 goals in 72 appearances since arriving at Pompey in 2011 and manager Andy Awford said he was delighted to secure the future of Wallace.

"Signing a three-year deal is important because it shows that Jed is committed to this club," said Awford.

"He's put down roots here and wants to achieve things with Pompey - we're delighted about that."