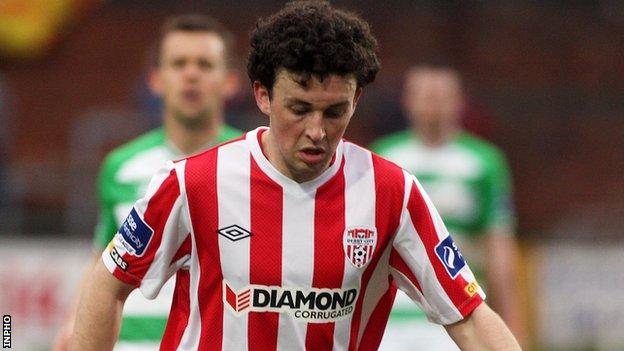 Derry City progressed to the FAI Cup third round thanks to second-half goals from Barry McNamee and Rory Patterson.

With Cobh 11 points adrift at the bottom of the First Division defeat would have been unthinkable for Derry but the visitors struggled early on.

After Patterson missed a Derry chance, Bobbie Donoghue squandered an ever better opportunity before the break.

However, McNamee put Derry ahead with a superb 54th-minute strike and Patterson notched the second goal on 80.

The former Coleraine and Linfield forward found the net with a powerful strike which flew past the goalkeeper at his near post.

In between the two Derry goals, McNamee missed a Derry City opportunity but the game at St Colman's Park will not live long in the memory.

Derry's best attempts in the first half came from Patrick McEleney, but on both occasions he failed to test the keeper.

That, however, is unlikely to be a concern to Derry City boss Peter Hutton who will be relieved that his struggling team avoided any slip-ups against the First Division strugglers.