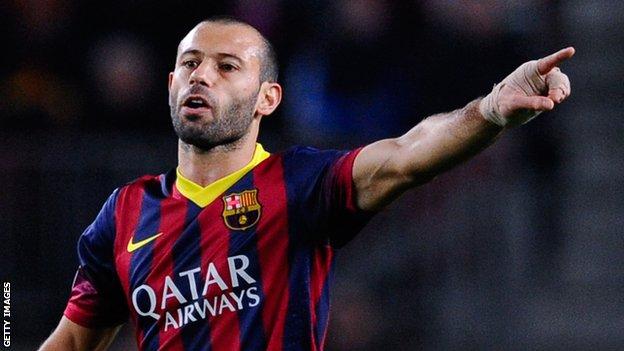 The Argentina international, who is part of his nation's World Cup squad, had been linked with a move away from the Nou Camp this summer.

His new deal includes the option for a further season and a buyout clause of 100m euros (£81m).

Mascherano, 29, has played 184 matches for Barcelona since his arrival from Liverpool in August 2010.