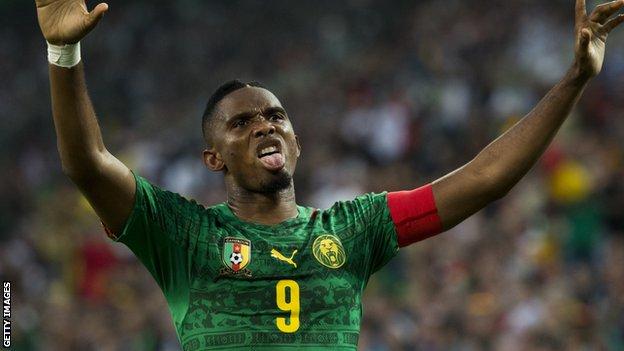 Cameroon finally arrived in Brazil for the World Cup on Monday after a dispute over bonus payments that delayed their journey for almost a day.

The squad, including former Chelsea striker Samuel Eto'o, had refused to fly to South America on Sunday morning.

But they eventually agreed a financial package with the nation's football federation after an emergency meeting.

The squad left from Yaounde at 06:00 on Monday, more than 20 hours later than had been scheduled.

Team coach Volker Finke had said players were complaining that the £61,000 they were due to be paid for figuring in the World Cup was not enough.

After agreeing an end to the row, Cameroon Football Federation president Joseph Owona said: "Everything has been resolved.

"We have opted for transparency. There is no problem and I think the team needs to be mobilised for all to look in one direction."

Cameroon are in Group A with the hosts, Croatia and Mexico.