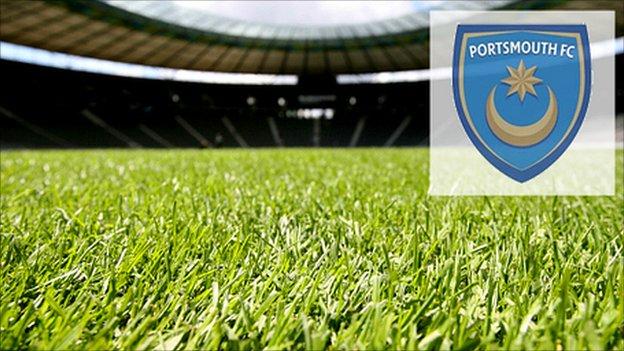 The former Pompey full back stepped up temporarily to work with Andy Awford and Alan McLoughlin last season.

I'm a Portsmouth lad and I can't think of anything better.

But now he has decided to stay in the role full-time, leaving his post with the club's academy.

"It was an easy decision, a few of the lads in the first team are from the academy so hopefully we can carry on that momentum of last season," Hardyman told BBC Radio Solent.

And after helping the likes of Jack Whatmough and Jed Wallace reach the Pompey first team, Hardyman says it was an easy decision to change his job and is relishing the new challenge.

"I'm really looking forward to it," he said. "We put a smile on a few peoples' faces at the end of the season - none more so than the three of us.

"The three of us had already worked together in the academy, we all get on well, the results were fantastic and, if we can emulate that, we'll all be happy.

"It's something I've always wanted to do. I'm a Portsmouth lad and I can't think of anything better."