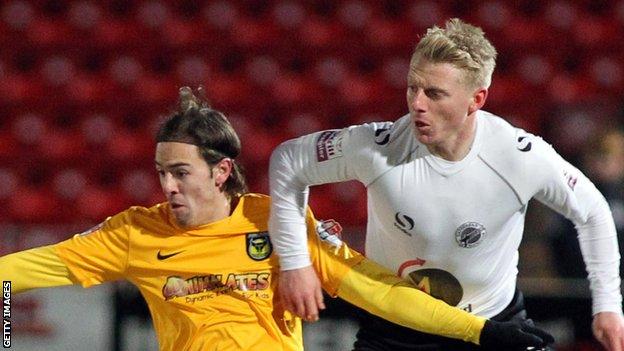 The 25-year-old former Sunderland player, made over 100 appearances for the Conference Premier side but lost his place mid-way through last season.

"February was a tough time for me, but I had faith in my ability and turned it around in the remaining months," Chandler told the club website.

He is a player with plenty of energy who scored some vital goals...I'm pleased to keep him at Gateshead.

"I'm delighted to be staying at Gateshead, which is the only place I want to play my football."

Gateshead narrowly missed out on promotion to the Football League but Chandler believes the side have to the ability to better their achievement of reaching the play-off final.

It was also the defensive midfielder's most fruitful season in front of goal, as he netted nine times after working his way back into the starting line-up.

"Even though we lost at Wembley it was a great effort to get there and we can take a lot of positives from last season," he said.

"To score nine goals was pleasing, hopefully I'll get into double figures next season."

Manager Gary Mills express his joy at Chandler's decision to commit to another year at the club.

"Post Christmas, he did very well," Mills said. "He is a player with plenty of energy who scored some vital goals and I'm pleased to keep him at Gateshead."