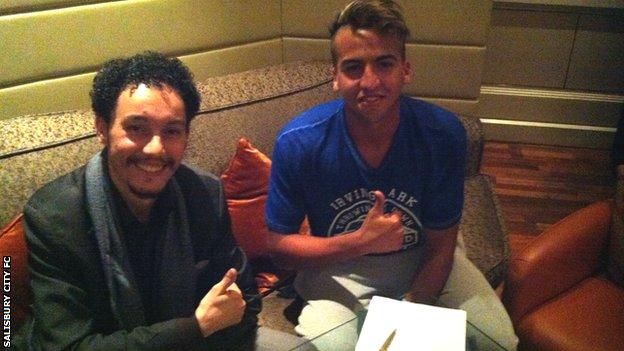 The 19-year-old midfielder, who has been playing at Bromley, was unveiled by new chairman Outail Touzar.

Since their takeover, the new owners have been told they must get their finances in order if they are to keep their place in non-league's top flight.

It is thought the club's outstanding debt includes players' wages, which have been delayed for two months.

The Whites, who finished 12th last season, came out of administration in December after five years of financial turmoil, in which they incurred double demotion to the Southern Premier in 2010.