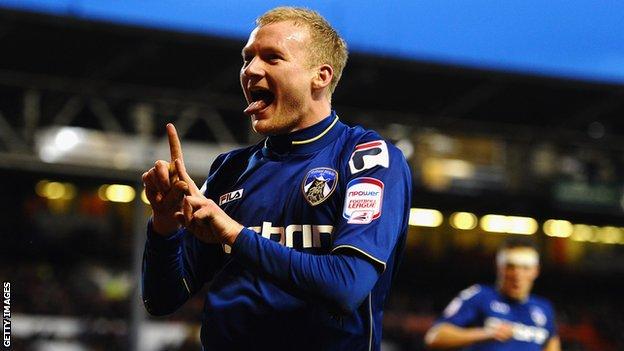 He has since had spells at Huddersfield, Brentford and Oldham, and will now play for United in League Two, following their promotion last season.

Cambridge United director of football Jez George signed Simpson for the Cambridge City youth team in 2002 and the striker followed George to the U's in 2006.

"I've always known I wanted to come back, it was just a matter of timing," he said.

"After coming to a number of games last season, watching the team grow and seeing what a fantastic job that Jez [George, director of football] and Richard Money [head coach], have done in creating something really special, it was something I wanted to be part of."

Simpson played 16 times for Orient last season during a short-term deal, but failed to find the net.

He has 29 goals from 219 games since making the step up to the Football League.

"However, I also knew that we were in a unique position compared to any other club which meant we just had to convince him that our ambition matched his and that he could play a big part in bringing future success to Cambridge United."