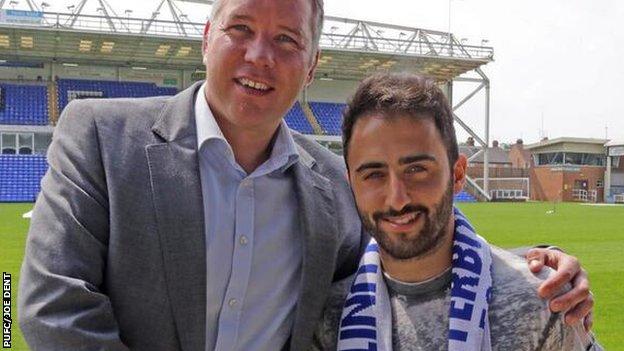 Peterborough United have signed forward Erhun Oztumer from non-league side Dulwich Hamlet for an undisclosed fee.

The 23-year-old scored 28 times in the Ryman Premier last season and 33 goals from 49 games in all competitions.

English-born Oztumer, who is 5ft 3ins, was released by Charlton as a teenager and has since played in Turkey.

"He is an exciting player, he has great balance, great pace and a typical number 10," Posh boss Darren Ferguson told the club website.

Oztumer, who was given a trial by Burnley in March, has signed a two-year deal.

He said: "It is a big opportunity for me and one I am very much looking forward to. I want to bring exciting football, I like to get on the ball and create and I want to score goals.

"I have played on the wing, but mainly in the number 10 position. I can't wait to get started, training every day is something I am really looking forward to."