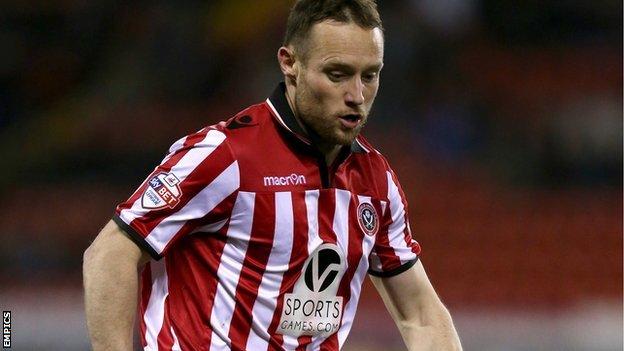 Davies, 33, ended last season on loan with the League One side, scoring three goals in 20 appearances.

"They are well known to us and we're delighted they're on board for next season," boss Nigel Clough said.

Davies was out of contract with Derby and his return to Bramall Lane follows last week's signings of Blackpool midfielder Chris Basham and Walsall centre-back Andy Butler.

Former Bury and Motherwell man Porter said he was delighted to have extended his stay with last season's FA Cup semi-finalists.

"There was some interest from other clubs but I've loved it since I've been here," he told BBC Radio Sheffield.

"It wasn't just about money. This is a great club and one that I think is going places and I want to be part of something special.

"I feel like I'm quite a loyal person and I'm happy off the pitch here too. Hopefully I can earn another deal at some point in this season."