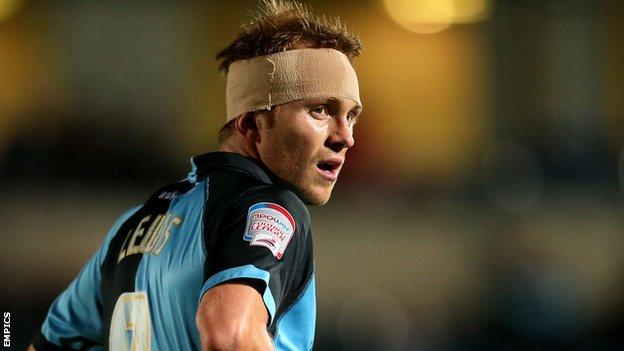 Wycombe Wanderers will keep hold of midfielder Stuart Lewis next season after the club captain signed a new one-year deal.

Including an initial loan spell from Dagenham & Redbridge, the 26-year-old has played 160 times for the Chairboys.

He led the side to a dramatic final-day victory at Torquay which secured League Two survival for the Adams Park club.

"I think everyone knows how much this club means to me and there's nowhere else I'd rather be," Lewis said.

"I've had a real rollercoaster journey here with a promotion, relegation and that amazing day at Torquay a few weeks ago.

"I can't wait to play my part in making sure next season is one to remember for all the right reasons."