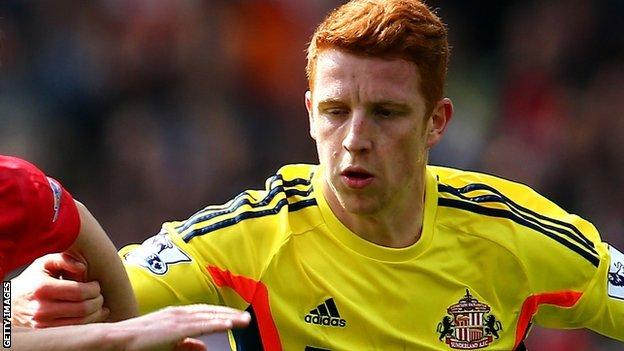 Midfielder Jack Colback admits most Sunderland fans will hate him for leaving to join Newcastle United.

Colback, 24, was out of contract this summer and ended a 16-year association with the Black Cats to complete a switch to their fiercest rivals.

To be able to come to my hometown team is a special move, it feels different to any other move.

"The majority of Sunderland fans will hate me for the rest of my life," Colback told BBC Newcastle.

"I thank them for their support when I was there, and Sunderland for the chance to play in the Premier League."

Sunderland were keen to retain Colback and were "extremely disappointed" to lose his services when he chose to join the team he grew up supporting.

"To be able to come to my hometown team is a special move, it feels different to any other move," Colback said.

"I'm going to be immensely proud to pull on the black and white shirt. It's a massive club with huge potential."

The England Under-20 international was born in Killingworth, North Tyneside, and was a Newcastle supporter despite making his professional breakthrough at Sunderland.

He became a regular on Wearside, scoring five goals in 136 appearances, in addition to a loan spell at Ipswich under former boss Roy Keane.