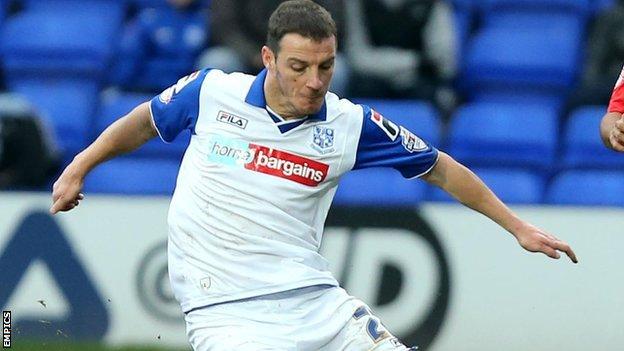 The 34-year-old signed a new one-year contract with the recently-relegated club last month.

Koumas, who began his career at Rovers, told BBC Radio Merseyside: "It was an easy decision. I could have gone elsewhere. I had calls but it never entered my mind to be honest.

"It's not about the money, is it? I want to play for Tranmere."

The former Wales international midfielder continued: "Now there's a big aim for everyone now - for us to go back up and it's something I want to be involved in."

He also discussed his ambitions to become a coach in the future, adding: "It's something I am going to get involved in. The club offered me a coaching role after the season finished.

"I've spoken to manager about it, it's something we both want to do and so I'm looking forward to it."

Koumas has scored 76 goals in 461 appearances so far in a career which has also included spells with Cardiff, Wigan and West Brom.