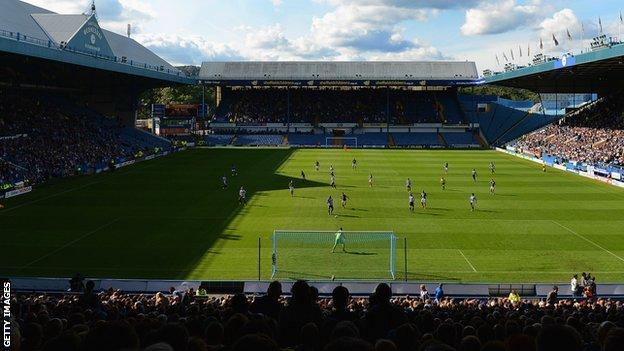 The deal ends Milan Mandaric's three-and-a-half-year spell as Owls owner, but he will stay on as chairman.

"I am immensely pleased and proud to have agreed a deal to buy this wonderful club," Mammadov told the club website.

"I am a passionate football fan with enormous respect for English football. I have been looking at investing in England for some time but I was determined to find the right club.

"I promise the supporters I will work extremely hard to bring the success everyone so rightly craves."

The Owls finished 16th in the Championship last season after a poor start saw them win just one of their opening 16 matches.

Former Portsmouth and Leicester owner Mandaric, who took over in December 2010, had been openly looking for someone to buy him out for some time, but always insisted he would only sell to someone who could invest in the team.

He said: "I am delighted to have concluded a deal with Hafiz, he is a true football man and I have no doubt whatsoever that I am handing over control to someone with a real passion for the game and the ability to carry on the work I started three years ago to return Sheffield Wednesday back to the top division of English football.

"It's something that the wonderful supporters of this club deserve having remained so loyal throughout the difficult times prior to my arrival."

The deal is subject to ratification from the Football League.