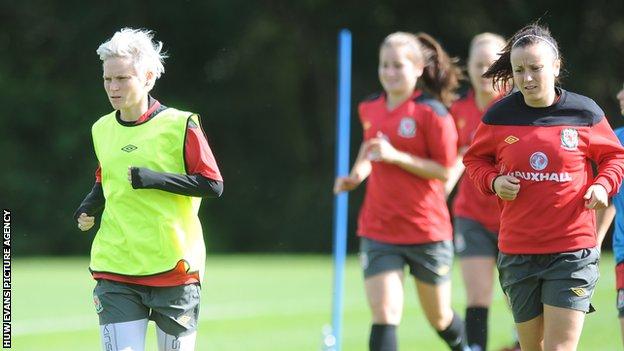 Manager Jarmo Matikainen has named his squad for Wales Women's World Cup qualifiers against Turkey and Belarus in June.

Wales play Turkey at Haverfordwest on Saturday 14 June, before facing Belarus in Minsk on Thursday 19 June.

Only one team qualifies from each group, with the best four second-placed teams going into a play-off.

Matikainen's side are six points behind Group 6 leaders England, but six points above third placed Ukraine.

Ukraine, who have two games in hand on Wales, host bottom side Montenegro at home on Saturday, who Wales beat 4-0 in their last group game in May.

There are not too many changes to the squad which played against Montenegro, however Gwen Harris, who was on the verge of returning to action is out, after suffering an injury set back.