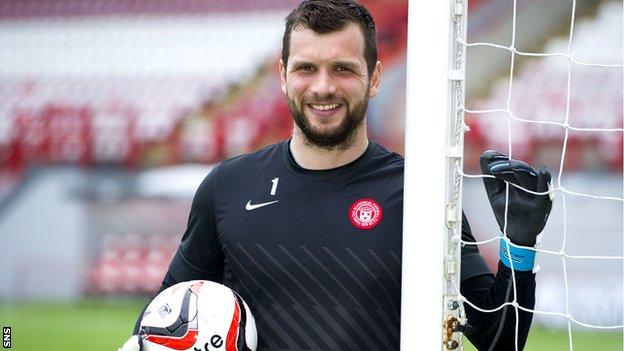 Raith Rovers have signed goalkeeper Kevin Cuthbert after he rejected the offer of a new deal at Hamilton Academical.

The 31-year-old played a key role as Accies secured promotion to the Scottish Premiership via the play-offs last season.

Cuthbert saved two penalties in the shoot-out win over Hibernian.

Raith also revealed on their club website that they have agreed a deal for another new face, but are waiting for the player to return from holiday to finalise the contract.