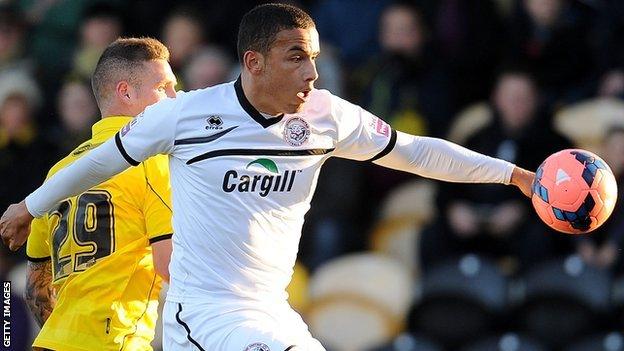 AFC Telford United have made their fourth summer signing by bringing in defender Rod McDonald after his departure from Hereford United.

His father Rod played up front for Walsall, Partick Thistle, Southport and Chester City in the 1990s.

Elder brother Clayton, 25, who previously played for Walsall and Port Vale, is looking for a new club after being released at the end of last season by Grimsby Town.

He is the second Hereford player to find a new club in 24 hours, following keeper Dan Lloyd-Weston's move to link up with ex-Bulls boss Martin Foyle at Southport on Tuesday.

Meanwhile, midfielder Mike Grogan, who joined from Cammell Laird last season and ended up as player of the year, has signed a one-year contract with the Bucks.