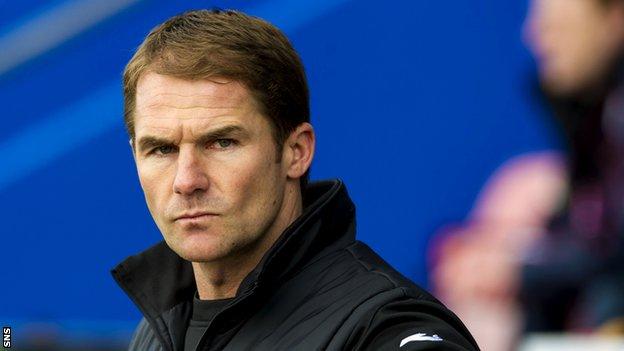 Partick Thistle manager Alan Archibald is in talks to renew his contract with the Scottish Premiership club.

The 36-year-old has been on a one-year rolling contract.

Archibald succeeded Jackie McNamara at Firhill in 2013 and guided Thistle to First Division championship glory and promotion later that year.

"I'm speaking to the board just now," said Archibald. "It'll not take long, I'm delighted to be here. I'll not be hard to deal with.

In their first season back in the top flight since 2004, the Jags stayed clear of relegation, finishing 10th in the division.

And Archibald was told after Thistle had clinched safety with a 4-2 win over Hearts that he would be offered new terms.

"The chairman said he was going to give me a new deal," he explained.

"As a manager you always want to improve and that's something I'll be looking to do."