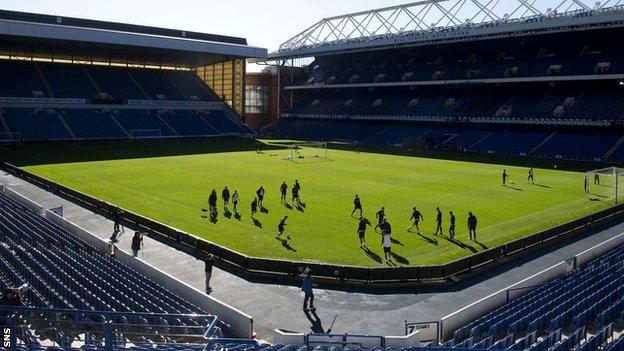 Scotland's first home fixture of European Championship 2016 qualifying against Georgia on 11 October will be played at Ibrox Stadium.

With Hampden being used for the Glasgow 2014 Commonwealth Games, the SFA have had to find alternative venues.

Scotland kick off their bid to reach Euro 2016 finals in France away to Germany on 7 September this year.

And the Georgians come to Rangers' Ibrox stadium the following month, with the kick-off at 17:00 BST.

The SFA said the venue for the home match against the Republic of Ireland on 14 November will be "confirmed shortly".