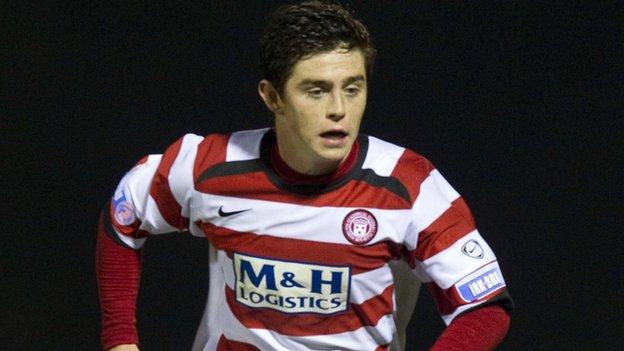 The 23-year-old was offered a new deal by the Latics but has opted to join the newly-promoted Accies in the Scottish Premiership next season.

Liverpool-born Redmond made just four appearances for Championship side Wigan and had a 15-game loan spell with Carlisle last term.

He is familiar with Hamilton, having been on loan at the Lanarkshire club in 2012, scoring five goals in 19 games.