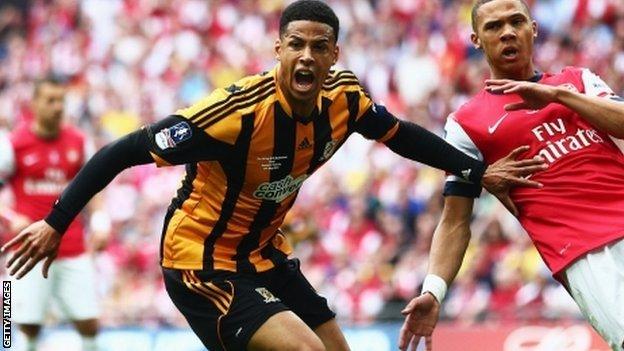 Defender Curtis Davies is set to meet Hull City officials at the end of the month to discuss a contract extension.

The 29-year-old enjoyed an outstanding campaign after joining from Birmingham on a three-year deal last summer.

Davies was named captain by manager Steve Bruce and led Hull to the first FA Cup final in their history, scoring in the 3-2 defeat by Arsenal.

The former Aston Villa man is open to the idea of staying with Hull ahead of their foray into the Europa League.

However, there is also a recognition that Davies, who swept the board at the club's player of the year awards, is a man in demand.

A number of Hull's Premier League rivals have suggested they would be interested in signing the Londoner and improved terms are certain to form part of the discussions between club and player, who is now worth considerably more than the £2.25m it cost to sign him 12 months ago.