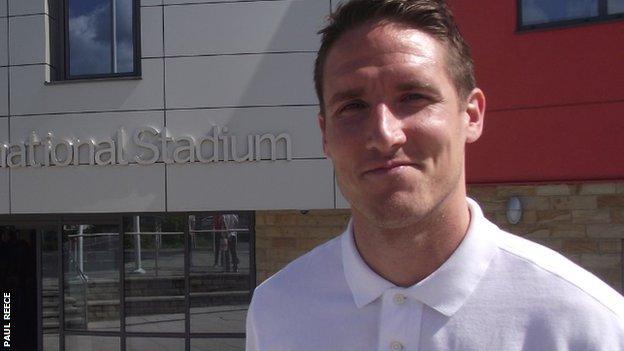 Shaw, 30, scored 45 goals in two seasons at Gateshead before his move to Kenilworth Road in June 2012.

However he made just 13 appearances for the Hatters in 2013-14 and failed to score a goal in those outings.

"He did a great job when he was last at Gateshead," said Tynesiders boss Gary Mills. "He's an excellent striker."

"I tried to sign Jon when I was manager at York. He went to Luton instead, but I'm delighted to have now got my man.

"He's back in an environment he's comfortable with and he was hungry to come back to Gateshead.

"He's a proven goalscorer at this level. He didn't play as much as he would have liked at Luton last season and this is an opportunity for him to get going again.

"He had other offers from Conference clubs but he told me he wanted to come back to Gateshead if I wanted him - and I did.

"His work ethic is good, his record of goals, particularly at Gateshead, is very good and we hope he can come back and do what he did before."