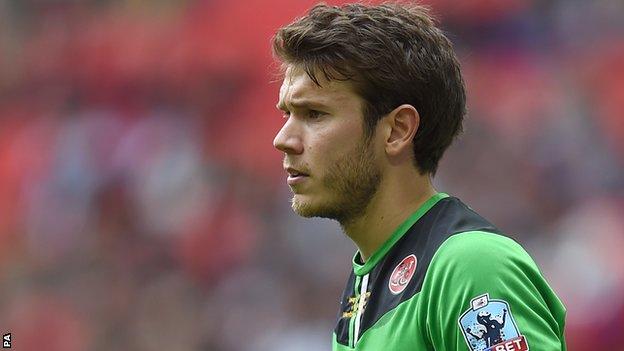 Goalkeeper Chris Maxwell says he is glad to have secured his immediate future at Fleetwood Town after signing a new two-year contract.

Maxwell impressed during a loan spell at Conference Premier side Cambridge, before 10 clean sheets in 29 games helped Fleetwood into League One.

"I always wanted to stay," Maxwell told the club website.

"It's only been the past few days I've been able to get things sorted. I'm just glad it's all sorted."

Promotion to the third tier of the professional pyramid in 2013-14 was the Cod Army's sixth climb in 10 seasons, but Maxwell is confident the club can compete at a higher level.

"I don't think it's anything the team can't cope with," he added.

"With a couple of additions to the squad I don't see why we can't be up there."