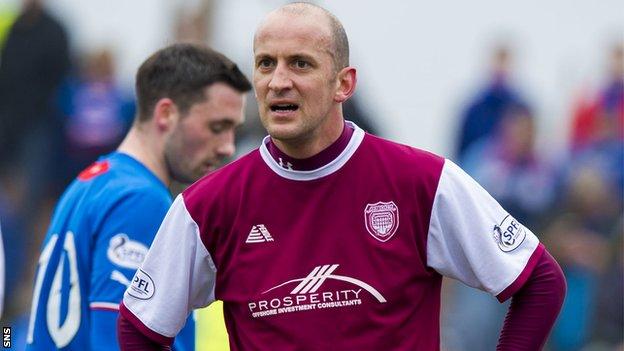 Paul Sheerin has left his post as Arbroath manager to become Under-20s coach at Aberdeen.

Former Dons midfielder Sheerin, 39, has been player-manager at the Red Lichties since 2010 and replaces Neil Cooper at Pittodrie.

Arbroath were relegated to Scottish League Two after finishing season 2013-14 bottom of League One.

Speaking on the club's website, Fraser added: "Despite wishing to retain Paul's services, Arbroath chairman John Christison was good to deal with and completely appreciated Paul's desire to come back to Aberdeen."

Sheerin played for several Scottish clubs and also featured for Östersunds in Sweden before moving into coaching. He won a Scotland Under-21 cap in in the mid-1990s.

Sheerin guided the Arbroath to their first national trophy in their history by winning the Scottish Third Division title and promotion in 2011.