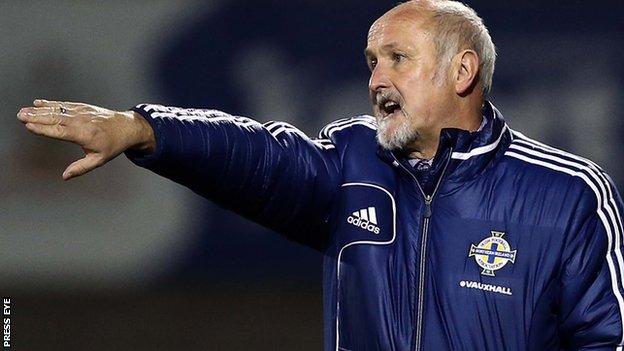 Lidija Kulis scored the only goal of the game for the hosts as Alfie Wylie's side were beaten for the fourth time in Group Four.

Northern Ireland have failed to score in their seven qualifiers.

They host Scotland at Solitude on Thursday before September qualifiers against Poland and the Faroe Islands.